There is hardly any information about such distant times, but it can almost be said with certainty that Quaternary man lived in Galicia during the glacial and interglacial periods. From the period between the Palaeolithic and the Mesolithic, there are remains of lithic industries and settlements that seem more intense in coastal areas.

In the Bronze Age, the celtic culture begins to develop. Today we have vestiges from that time such as petroglyphs, which are cave painting on granite rocks.

This Castreña culture takes on greater importance in the later years of the Iron Age, when an agriculture characterized by the cultivation of cereals and the harvesting of wild fruits was developed. Hunting and cattle raising are also very important for the life of these communities. On the other hand, commercial life began to take off, especially in the coastal areas: it was the time of the Atlantic exchanges. From this period the most characteristic are the castros, the place where the castreño man met and lived. 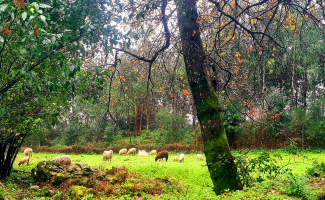 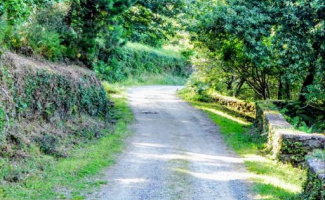 The castro was a fortified oval or circular walled enclosure, usually preceded by a hole and usually located on a high site. In our municipality there are remains of what was once a castro in the area of Oliveira and it is called "Castro de Quenxe". It is located in a high place, but near the coastal area. The sea played an important role in this type of castro, as it gave them another advantage when it came to finding food.

There are theories that assure that the castro of Quenxe, together with the castro of Castromiñán and Duio (both in the town council of Fisterra) form a semicircle with the Celtic Promontory (Cape Fisterra) and could have as a task the defence of the bay, Pindo’s Mount (where the Celtic Olympus was located) and the Promontory (where the Ara Solis, altar dedicated to the Sun God, was raised). These last two places were sacred to the Celts and Romans. There are also references in the local toponymy that would make reference to the existence of another castro that would be located near Cape Nasa; it would also be a coastal castro from where all the area of Fisterra was dominated.