From the 18th century onwards, the salting factories were set up in Corcubión, with capital from noble and bourgeois Catalan families, an activity that was consolidated in the following century. Their presence in the Corcubión estuary is documented since 1755.

To defend the estuary from external attacks, the Cardenal’s Castle was built in Corcubión in the 18th century. This fortification formed a pair with the Príncipe’s Castle, located in Ameixenda (Cee), on the other side of the estuary. By means of crossfire they allowed the defence of the Corcubión estuary. A local legend tells of a chain that would have linked both fortifications and, when stretched, would have prevented enemy ships from passing. 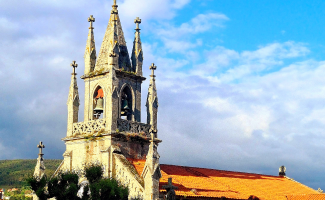 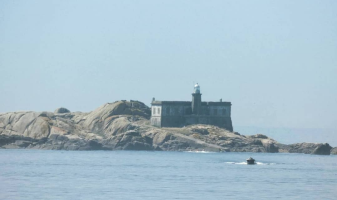 The historical event that left its mark on Corcubión was the War of Independence. The port of Corcubión, which is very safe and naturally sheltered, was totally destroyed by Napoleon's troops during their stay in the area, as well as by his British allies, who also bombed it with the intention of expelling the French troops from the area. For this reason the port was left unused for many years.

The 13th and 21st of April 1809 are days that cannot be erased from the memory of both Corcubión’s and Cee’s inhabitants, as the French razed everything in their path, destroying almost all the buildings, leaving a considerable number of casualties in the area's sparse population. Discouragement took hold of the people of Corcubión, with great frustration and helplessness due to some desolate memories of blood and pain.

In the second half of the 19th century and the beginning of the 20th century, Corcubión experienced an economic boom, which can be seen in the construction of several Modernist buildings. Among these buildings, the Miñones’ House or the Old Judicial District Court and the bourgeois buildings on the promenade of Corcubión, at the entrance to the town, stand out.