The origins of Corcubión, as we know it today, would be on the Mount of San Andrés, near the original San Andrés de Canle’s Church, in the upper part of the village. Its situation in the highest area was due to security reasons, as there, far from the front line of the coast, they were more protected from the incursions and looting of Norman and Saracen pirates. Although there are no documentary sources prior to 1438, the material remains that appeared in this area allowed to prove the existence of this church, allowing to date the temple of San Andrés between the 12th and 13th centuries, coinciding with the period of splendour of Romanesque art in Galicia. 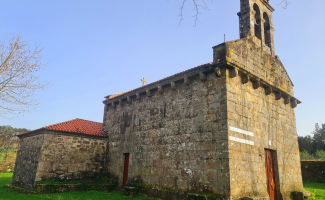 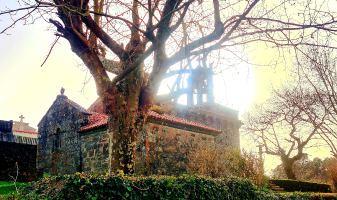 From the 13th century onwards, when piracy was on the wane and foreign trade took on new momentum, the new population centre was gradually formed, this time located by the sea, in the lower part of the village. Basque and Asturian fishermen also arrived, as they considered this area to be ideal for exporting fish, an activity that was continued by Catalan businessmen with salting factories and, later, with canning factories as well.

San Marcos’ Church, the parish church in the marine Gothic style, also dates from this period, but has a primitive structure dating from the 14th century and many additions from later periods.