In the 20th century emigration in Corcubión was a fact like in the rest of Galicia. An example of this intense emigration, mainly to Buenos Aires (Argentina), is the construction of the Sociedad Agraria y Cultural de los Hijos del Partido de Corcubión (1923) in the Argentinean capital, which later became known as the Asociación Benéfico Cultural del Partido de Corcubión, with more than 3000 members. An example of its cultural activity was the publication of the Revista Alborada (Alborada’s Magazine) or the construction of numerous schools in the territory of the Party.

The Miñones family stood out at this time, as they were the ones who benefited directly from emigration, as they monopolised the overseas transport business. This family would play an important role in both the political and economic life of Corcubión, with Mr. Manuel Miñones Barros being the most important figure within the family. 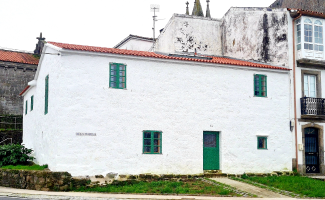 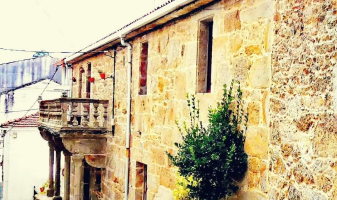 Another outstanding family of the Corcubión society was the Carrera family. José Carrera was the prototype of the "indiano" who emigrated very young to Latin America and there amassed a great fortune, but he never forgot his homeland, leaving in his will important donations for his home town.

At present, Corcubión is the head of the Judicial Party and concentrates most of the administrative services. Its declaration as a Historic-Artistic Site in 1984 contributed to improve its conservation and tourist development. It was also declared a Galician Tourist Municipality by the Xunta de Galicia in 2000. It is also worth mentioning that, previously, in 1964, Corcubión received the “Premio Nacional Conde de Guadalhorce” ("Conde de Guadalhorce National Award") for the embellishment of towns located on the Jacobean Route. Shortly afterwards, in 1967, it received the “Premio Nacional de Turismo y Embellecimiento y mejora de los Pueblos Españoles” ("National Prize for Tourism and Beautification and Improvement of Spanish Villages").

All these statements indicate the great cultural heritage that Corcubión has. Its streets bear witness to an important past materialised in its rich heritage where the religious, the civil and the popular live together in perfect harmony.